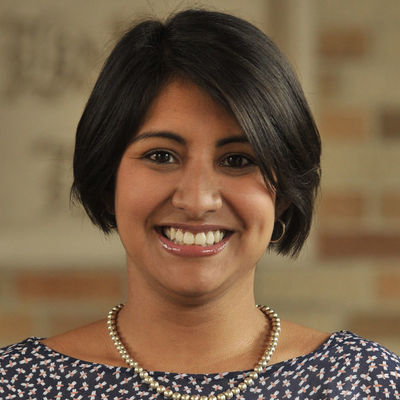 Ms. Bazay obtained her law degree from the Pontifical Catholic University of Peru (PUCP), representing her school at the Jean Pictet international humanitarian law competition in 2013. After graduation, she worked at PUCP’s Institute for Democracy and Human Rights (IDEHPUCP) where her research focused on various international law topics, including the crime of aggression, multinational corporations and human rights, and the right to water. She was also a Teaching Assistant for several public international law courses at the PUCP faculty of law. She has been involved in human rights projects focused on training civil society actors on human rights and improving human rights education at both the undergraduate and graduate levels. She was also an Outreach Intern for the Americas, Asia and the Pacific at the Coalition for the International Criminal Court in New York City.  Ms. Bazay is a 2014-15 Rita Bahr Scholar.

“I believe I could be involved in the education and training of civil society and government authorities who still believe that human rights violations are only “excesses” committed by the government.”

I grew up during the years of armed conflict in Peru. Between 1980 and 2000 curfews, the bombing of cars, and the disappearance of civilians were everyday news. Those were the worst years of recent Peruvian history, which caused serious social and economic repercussions. I became interested in human rights after learning about the atrocities committed by the Peruvian government and armed groups during the conflict. That is the main reason I decided to study law and focus on human rights. I believed it would give me the tools to work for the benefit of my country.

I have drawn inspiration from the victims of the conflict. The most affected people were the ones living in the highlands and jungle of Peru. The government traditionally excluded these groups, so they did not have proper and effective means of achieving justice. Learning their stories, how both the government and armed groups took their loved ones, and the terrible situations they had and still have to go through (there are to this day families that do know where their relatives are) gave me fuel to work not only for the achievement of justice, but also for the prevention of future human rights violations.

There are many issues I would like to address, but the one I am most passionate about is accountability for human rights violations - bringing those responsible to justice. In 2009, former President Fujimori was sentenced to 25 years in prison for committing crimes against humanity. Although the court that tried him was clear on the arguments that supported its decision, there are many people who still believe he is innocent and that he was unfairly tried. In fact, to this day, Peruvian society is polarized on this issue. I believe I could be involved in the education and training of civil society and government authorities who still believe that human rights violations are only “excesses” committed by the government.

The most challenging obstacle I perceive is the indifference of a large segment of society. It is true that in Peru there is a strong human rights movement, but it is a small number of people compared to the Peruvian population. I believe that if more people were involved, advocating for justice, the government would be less capable of impunity. Even the political parties are not so interested in these issues. Another obstacle I find is the government’s lack of willingness to address human rights issues. Many governments have passed, but only a few have put human rights on the agenda and actually assigned resources to work on the implementation of, and compliance with, their obligations to prevent violations.

I chose Notre Dame for several reasons. First, because of its extraordinary faculty. Notre Dame professors have a vast range of experience not only as scholars, but also as practitioners, which is a very important asset as it complements their teaching. Second, because it allows me to take courses offered by the Law School and other schools and institutes such as the Kellogg Institute for International Studies and the Kroc Institute for International Peace Studies. Therefore, I could benefit from different approaches, which would help me take into consideration other contexts besides the legal one. Third, because the classes are small; this contributes to the interaction with professors and classmates. Additionally, as a graduate of Notre Dame, I will have the opportunity to apply for an internship at an international court or human rights organization. I find this extremely useful, since I believe that being a good lawyer does not only depend on how much you know academically, but also on how well you can apply that knowledge in real cases.

So far, the experience has been great. I am absolutely grateful for being part of such an interesting and multicultural class. Being surrounded by lawyers from all over the world has given me the opportunity to learn about contexts and cultures that are very different from mine. As a person with a strong academic background, learning from my classmates’ experiences has definitely enriched my experience. Additionally, I have been able to meet with great human rights lawyers such as Judges Diego Garcia Sayán and Eduardo Ferrer MacGregor and attend conferences by personalities like Father Gustavo Gutierrez. Finally, I really appreciate the fact that professors at Notre Dame are more than willing to meet with students after class and discuss issues related to their lectures or any other that is of interest of the students. I really feel like I found a second family here.

The LL.M from Notre Dame is training me to analyze, better understand, and apply the international legal framework regarding the protection of human rights. It is also giving me the necessary tools to approach every situation from a multidisciplinary perspective, which I believe will help me to find a more effective and comprehensive solution. Additionally, it will help me to be more analytical in the situations I face. Furthermore, since the education from Notre Dame also seeks to strengthen our values, it will allow me to be a more committed human rights lawyer, always working in favor of the victims with passion and empathy.