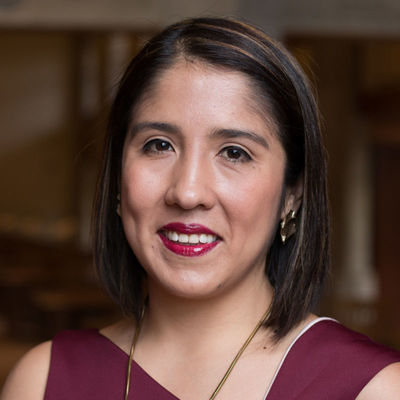 Ligia María del Valle Vega is a student in the LL.M. Program in International Human Rights Law. She obtained her law degree cum laude from the Rafael Landivar University in 2011, where she received the Loyola Award (the highest honor that the University gives to a student) and the Mention of Excellence Landivariana (recognition of academic excellence and outstanding student in the law school). She became involved in human rights in 2010, when she joined a team that represented victims before the Inter-American Court of Human Rights. She also worked as an environmental law consultant in the USAID Justice and Security Program in Guatemala. Since 2015, she has been a Legal Officer at the International Commission Against Impunity in Guatemala (CICIG). Ms. del Valle is a 2018-19 Rita Bahr Scholar.

“I see the widespread dissemination of human rights education as vital. People often are not even aware of what rights they are entitled to, and have no idea what enforcement mechanisms are available to help address violations."

You’ve chosen to travel from Guatemala to get an advanced law degree from Notre Dame specialized in human rights. How did your interest in human rights begin?

I was lucky to attend schools, from an early age on, that emphasized service. My elementary, middle, and high schools all promoted the idea of helping others. Often this took the form of social work, or in general helping to defend the rights of others.

Was there a faculty member who inspired you to expand your studies in human rights?

That same year, the university sponsored a moot court competition on human rights. It was open to fourth year students, but since I was so anxious to participate I asked the faculty members to let me be part of it. They accepted with one condition, that I find a coach willing to teach me what I needed to know about the Inter-American system. I asked Astrid Escobedo and she accepted the challenge; we had sessions every Saturday at her office. The training was intense but it was worth it – I was a member of the second place team, composed of the youngest students.

I believe in international human rights as a tool of enforcement and also a means to aid countries, especially those in Latin America. In that regional context it is particularly important to address the link between corruption and violations of human rights.

Corruption is a very big issue in Guatemala, and it has been so for a very long time. It isn’t always easy for people to perceive the connection between corruption and human rights. As the 2006 agreement that created the International Commission against Impunity (CICIG), signed by the State of Guatemala and the United Nations demonstrates, however, corruption is a matter of human rights. It directly affects public services such as health, transportation, and others.

What path forward do you see as most promising?

Since 2015 I have served at CICIG as a Legal Officer and have had the opportunity to work directly with prosecutors and participate in the trials. CICIG has been playing a very important role in the fight against corruption.

Beyond that, in a larger sense I see the widespread dissemination of human rights education as vital. People often are not even aware of what rights they are entitled to, and have no idea what enforcement mechanisms are available to help address violations.