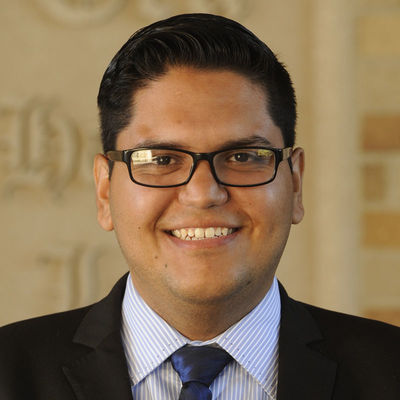 Mr. Aleman Izaguirre earned his law degree in 2010 from the Iberoamerican University in Torreón, México. He worked for the Human Rights Program at Iberoamerican, where he led several conferences and research projects on the Inter-American System for the Protection of Human Rights. From 2010 to 2013, Mr. Aleman worked for the Mexican Federal Government in the Ministry of the Interior, where he collaborated on Mexico’s compliance with judgments of the Inter-American Court of Human Rights and the implementation of cautionary and provisional measures from the Inter-American System. He also worked in the Ministry of the Interior’s Program for the protection of human rights defenders and journalists at risk.

I grew up in a country where words like justice and equality are not common. I was born in a city where we are used to seeing children and elders working, where our Central American brothers try to survive in their search for better living conditions, and where silver and milk production have a value above human life. Being conscious of all of this I decided to become a lawyer, but quickly began to be disappointed when I discovered that often the law was on the side of the powerful, helping them to get even more power. Things changed when in law school I first heard about human rights law and the work that the Inter-American Court and Commission on Human Rights were doing to help our people to finally find justice and reparations. I was more than happy to know that there was a forum in which indigenous communities, victims of forced disappearances, and victims of an abusive State’s action could know the truth and get access to justice.

I first found inspiration in my professors, and in the thoughts of scholars and judges of the Inter American Court of Human Rights. I am also inspired by the large number of young Latin American lawyers that have decided to choose human rights as the way to bring justice to our region. But certainly my biggest source of inspiration is the people now fighting for their rights: victims of the terrible situation in my country related to drug cartel’s and State’s violence; indigenous communities that have been exploited for centuries; migrants that want a better life for their families; and human rights defenders that have been fighting for justice in Mexico.

Being from northern Mexico, I have been direct witness to the atrocities of the violence of drug cartels and Mexican authorities. This violence has affected the life of many people including common citizens, Central American migrants and human rights defenders. I definitely won’t rest until this violence stops and we can achieve justice, truth and reparations for all victims.

Fighting for human rights is always challenging, especially when this fight affects powerful interests. As I have said, trying to peacefully fight, using the law, against the government and the drug cartels is a dangerous task.

I was seduced by the idea of being “a different kind of lawyer.” I was attracted by the Notre Dame heritage (of both the University and the CCHR), the faculty, and by the opportunity to share the classroom with lawyers from all over the world.

The experience so far has been amazing. Studying at one of the top universities in the world, and one of the best in the human rights field, is a dream that keeps coming true every day. The CCHR staff has done an amazing job of making us feel home and like real “domers,” and our professors have definitely influenced the legal thinking of our time. Having the opportunity to learn from them is a wonderful experience. I don’t want to miss the opportunity to say that one of the most enriching experiences is to share the classroom with people from 16 different countries and diverse backgrounds.