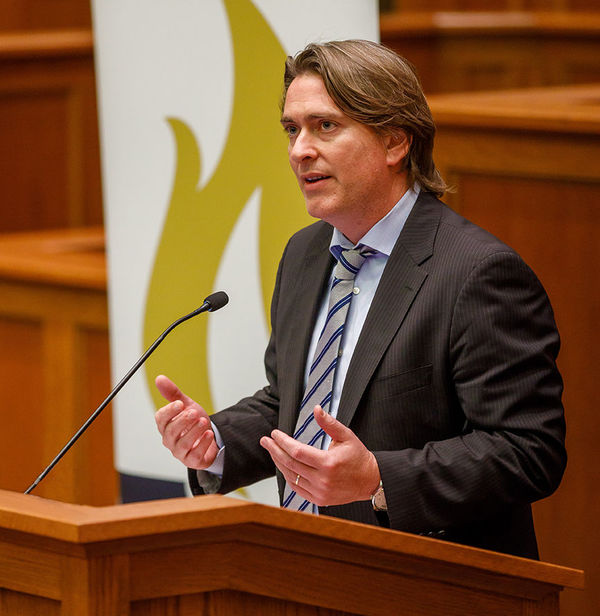 Jason Ewart, of Arnold & Jones, Washington DC, spoke at Notre Dame Law School on November 21, 2019. Ewart was the lead defense attorney for Troy Davis, a man executed in 2011 following a criminal justice process that many, in the US and around the globe, found deeply flawed.

Speaking first of Mark MacPhail, the off-duty police officer killed on August 19, 1989, in Savannah, Georgia, Ewart said, “He left behind a young wife and a child, a boy who grew up without a father. 22 years after that, another tragedy occurred that made matters worse. Troy Davis, my former client and my former friend, was executed by the state of Georgia for the murder of Office McPhail. Troy was an innocent man.”

Describing the circumstances of the killing, Ewart laid out a scene of confusion and uncertainty with regard to eyewitness testimony, but simplicity in its basic outlines: a man, “Red,” was seen by all to be in possession of a 38 caliber handgun and seen to argue with and harass a homeless person in a darkened parking lot. With Davis nearby, Officer MacPhail attempted to intervene and was shot. Davis, rather than Red, was identified as the murderer.

How Troy Davis was implicated in the murder was the central narrative in Ewart’s address. Nine eyewitnesses to the crime initially identified Davis as the shooter, and Ewart carefully examined the troubling circumstances under which these identifications were gathered. Some witnesses were far from the darkened scene, many were vulnerable to police pressure, and all took part in procedures that violated basic principles of objectivity.

While seven of the nine eyewitnesses came to recant their testimony, time and again Ewart's petitions for a new trial were turned down. Even after discovering that one of the eyewitnesses was related to, and identified, Red as the shooter, the testimony was ignored. After years of attempts to have new evidence examined, Davis was executed on September 21, 2011.

Reflecting on the surge in interest in wrongful convictions and the death penalty that resulted from Davis’s case, Ewart focused on the question of doubt. “The movement has become less about cruelty and more about our “infallibility,” Ewart concluded. “We know that judge and juries get it wrong, and we know why they get it wrong; we have hard data from DNA exonerations that teaches how things go wrong. Unreliable witnesses, police misconduct, jailhouse informants, and other factors we can’t really put our finger on.”