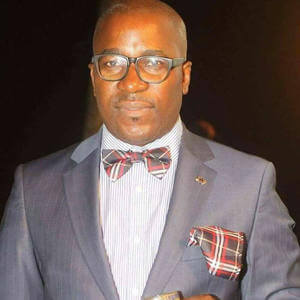 The president of Cameroon has released Felix Agbor Nkongho almost eight months after the Notre Dame Law School graduate was imprisoned for his work on human rights issues in the central African nation.

Nkongho, ’06 LL.M., and other activists were arrested in January for leading protests to promote the rights of English-speaking citizens in Cameroon. A military court charged them with treason, terrorism, and other capital offenses.

On Wednesday, Cameroon President Paul Biya issued an order to end all judicial proceedings against Nkongho and some of the other English-speaking Cameroonians who were facing trial in relation to the protests. If convicted, they would have faced potential death sentences.

“He leads by inspiring others to articulate a shared sense of justice and the common good. He is as confident and comfortable in the courtroom making legal arguments as he is in the streets making moral arguments. These qualities make him a threat to the status quo in Cameroon.”

O’Brien, who was one of Nkongho’s professors at Notre Dame, filed a petition for urgent action with the Special Procedures of the United Nations Human Rights Council after Nkongho was jailed. Amnesty International, at the urging of O’Brien and other alumni of the LL.M. program, also issued a statement calling for Cameroon to “immediately and unconditionally” release Nkongho and others.

Nkongho, a longtime human rights officer who has served as a legal adviser to United Nations field missions, is president of the Cameroon Anglophone Civil Society Consortium – an organization that advocates on behalf of English-speaking residents. The group objects to the government’s practice of only using French in official communications, schools, and the courts system.

Cameroon’s French-English divide dates back to the country’s post-colonial period after World War I. French and English are both official languages in Cameroon, but English-speaking citizens have long felt they are victims of discrimination by the country’s French-speaking majority.

Biya, who has been Cameroon’s president since 1982, said he freed Nkongho and the other prisoners to pacify demonstrators who have been striking and protesting since October 2016. However, Amnesty International pointed out on Wednesday that many other Cameroonians remain imprisoned based on spurious national-security concerns.