The Center for Civil and Human Rights is proud to announce its Rita Bahr Cari Memorial Fund Scholars for 2017-18. The recipients are human rights lawyers enrolled in the Center’s LL.M. Program in International Human Rights. 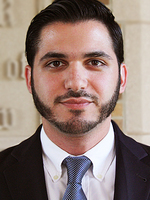 Nizar El Fakih (Venezuela) Mr. El Fakih earned his law degree from the Universidad Católica Andrés Bello (UCAB), Caracas, Venezuela in 2010, and holds an LL.M. in Public Law (2014) and an LL.M. in Constitutional Law (2015) from the same university. While in law school he helped organize students to oppose governmental policies of repression and censorship, and in 2010 joined the UCAB Center for Human Rights, focusing on use of the judicial system as a political apparatus for repression. In 2015, he founded a human rights NGO, Proiuris, based in Caracas. He has been a consultant to several human rights organizations and committees of the Venezuelan Parliament on various issues relating to human rights. He was the co-recipient of the Amnesty International Award 2015 and received the special mention of the 2015 Annual Human Rights Award of the Government of Canada. He has litigated before the Inter-American and the Universal System of Human Rights. 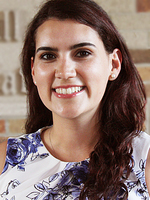 Viviana Ordoñez Salaza (Colombia) Ms. Ordoñez obtained her law degree from the Pontifical Javeriana University in 2011. Her focus as a human rights advocate is in freedom of expression and access to public information. From 2015 to 2017, she worked at the Office of the Special Rapporteur of Freedom of Expression of the Inter-American Commission of Human Rights as a lawyer responsible for drafting technical concepts on precautionary measures and monitoring the situation of freedom of expression in the countries members of the Organization of American States (OAS). From 2013 to 2015 she worked as legal adviser at the Colombian NGO “Fundación para la Libertad de Prensa (FLIP)”. She also completed an internship at the Mission to Support the Peace Process in Colombia.

"We are immensely grateful to Joe for his foresight and generosity in establishing this scholarship fund," says Sean O'Brien, Director of the LL.M. Program in International Human Rights Law. "Thanks to Joe -- himself a "Double Domer" -- the careers of these impressive young human rights lawyers and the trajectory of human rights in the Americas will be marked by the distinctive Notre Dame education that he helped to make possible for them."