The Center for Civil and Human Rights is proud to announce its Rita Bahr Cari Memorial Fund Scholars for 2014-15. The recipients are human rights lawyers enrolled in the Center’s LL.M. Program in International Human Rights. 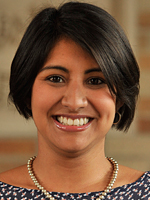 Lorena Bazay Dulanto (Peru) is a human rights lawyer who obtained her law degree from the Pontifical Catholic University of Peru (PUCP), representing her school at the Jean Pictet international humanitarian law competition in 2013. After graduation, she worked at PUCP’s Institute for Democracy and Human Rights (IDEHPUCP) where her research focused on various international law topics, including the crime of aggression, multinational corporations and human rights, and the right to water. She was also a Teaching Assistant for several public international law courses at the PUCP faculty of law. Ms. Bazay has been involved in human rights projects focused on training civil society actors on human rights and improving human rights education at both the undergraduate and graduate levels. She was also an Outreach Intern for the Americas, Asia and the Pacific at the Coalition for the International Criminal Court in New York City. 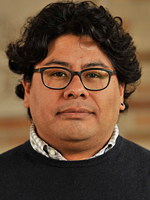 Fabian Sánchez Matus (Mexico) earned his law degree from the National Autonomous University of México (UNAM) in 2005 and a certificate in human rights and democracy from the University of Chile in 2007. For eight years, he served as a lawyer and Executive Director of the Mexican Commission for the Defense and Promotion of Human Rights, one of Mexico’s premier human rights NGOs. In 2009 he founded “i(dh)eas”, an NGO focused on strategic human rights litigation, serving as Executive Director until March 2013. Mr. Sánchez received a Humphrey Fellowship from the U.S. Department of State and was hosted by American University Washington College of Law from August 2013 to June 2014. He is a frequent presenter, panelist and lecturer at conferences, workshops and seminars on human rights in México and abroad.