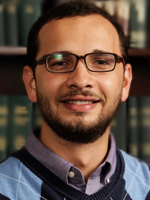 Mr. Gonzalez views this opportunity with the Washington D.C.-based institution as a way to strengthen the position of human rights workers. “Given the widespread patterns of violations against those who work in the defense of human rights in the region, I would like to support the work of the IACHR,” he says.  “My dream is to help raise the legal standards of protection for human rights defenders at both the local and the international level.”

Mr. González obtained his law degree (with honors) in 2010 from Universidad Rafael Landivar Law School in Guatemala. He has worked as a consultant in several NGO´s to promote access to justice in rural native communities in Guatemala, and as Vice-President and Co-founder of EXCLAMA (NGO) he has directed projects geared towards sustainable development in rural communities.