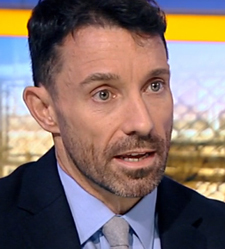 Steven Watt (LL.M. ’01), senior staff attorney for the American Civil Liberties Union’s Human Rights Program, has filed a lawsuit on behalf of three former Central Intelligence Agency prisoners. The suit names psychologists James Mitchell and John Jessen, who were allegedly hired by the CIA to design and implement torture-based interrogation methods. According to the suit, the two men personally participated in, and oversaw, the CIA program.

The three men on whose behalf the suit is being filed - Gul Rahman, Suleiman Abdullah Salim, and Mohamed Ahmed Ben Soud – have never been charged with any crime. Rahman died as a result of the torture.

Watt expressed his outrage with the government-sanctioned program and emphasized the personal culpability of Mitchell and Jessen. “They claimed that their program was scientifically based, safe, and proven, when in fact it was none of those things,” said Watt.  “The program was unlawful and its methods barbaric. Psychology is a healing profession, but Mitchell and Jessen violated the ethical code of ‘do no harm’ in some of the most abhorrent ways imaginable.”

A detailed explanation of the circumstances surrounding the lawsuit can be found on the ACLU website, here. A link to the complaint can be found here.

Steven Watt appeared on Aljazeera America to discuss the lawsuit. That interview can be seen here.