Join us as we investigate an array of prison educational programs created in a global context, seeking the ways that educators and researchers around the world can learn from each other in offering the best possible educational access to people who are incarcerated.

Grounded in a forthcoming book of the same title, the conversation will put different systems in synthesis with each other to illuminate shared obstacles and victories. While specifics from country to country necessarily differ, our goal is to further understand how we can make the most impactful education available to people serving time behind walls.

Presented by the Center for Social Concerns, the Klau Institute for Civil and Human Rights, and the Nanovic Institute for European Studies. 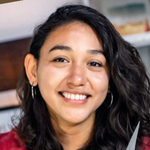 Jennifer Coreas is the coordinator and co-founder of Literacy for Reconciliation for ConTextos in El Salvador and Chicago. She has led ConTextos’ work in prisons and communities, accompanied authors in their journey of self-discovery, and brought their stories to hundreds of teachers, psychologists, and social workers in professional development spaces. She has been recognized with numerous fellowships and scholarships, such as the Rocky Gooch Memorial Scholarship and the Esperanza Fellowship. 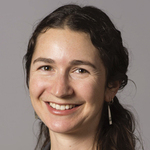 Mneesha Gellman is associate professor of political science in the Marlboro Institute for Liberal Arts and Interdisciplinary Studies at Emerson College. She is the founder and director of the Emerson Prison Initiative and editor of Education Behind the Wall: Why and How We Teach College in Prison. Gellman serves as an expert witness in asylum cases in United States immigration courts for people from Mexico and El Salvador. 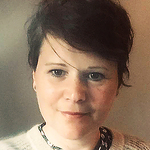 Lise Øen Jones is professor at the Institute of Psychosocial Science at the University of Bergen, Norway. She has published on topics such as reading and writing difficulties and efficacy beliefs among prisoners, special education in schools, and educational technology use in schools. Recently, Jones and her colleagues in the Bergen Cognition and Learning Group have conducted several large-scale studies in Norwegian and Nordic prisons. 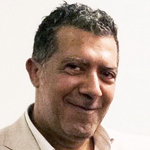 Massimiliano Schirinzi is an English lecturer in the Department of Psychology, Educational Science, and Human Movement at the University of Palermo. He is the co-author “Immigrant prisoners in Italy. Cultural mediation to reduce social isolation and increase migrant prisoner well-being?” in International Journal of Prisoner Health and “Reversing the Trend: A Psychosocial Intervention on Young Immigrants in Sicily” in Journal of International Migration and Integration. 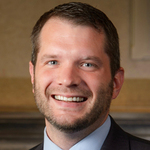 Justin McDevitt is the assistant regional director for alumni and reentry services with the Notre Dame Programs for Education in Prison (NDPEP). He holds a law degree from Loyola University Chicago, where his work included field research on labor migration in Chile, farm workers’ rights in central Illinois, and gender-based violence in Tanzania. He is also co-founder and executive director of Life Outside, a not-for-profit reentry organization based in South Bend, Indiana.

Photo: "The Prisons" by Emiliano Grusovin is licensed under CC BY-NC-SA 2.0.