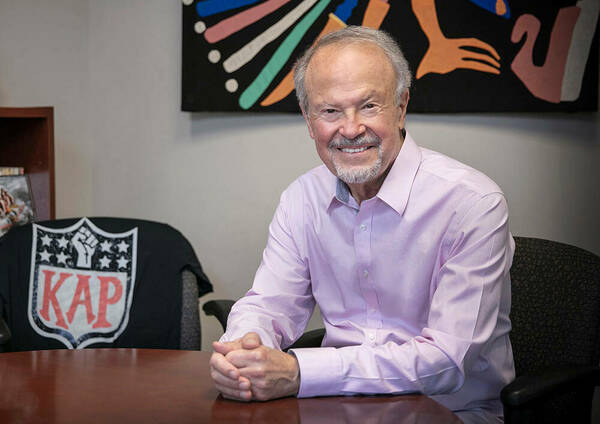 We regret that this event has been cancelled. We will attempt to reschedule for a later date.

Lapchick will examine the intersection of sport and human trafficking, as relates to both accessibility to sex trafficking and possible prevention. Do high-profile events such as the Super Bowl and All-Star Games increase sex trafficking near their venues? What opportunities are available for sport organizations to educate the public about human trafficking in the US and globally?

Richard E. Lapchick, PhD, is a human rights activist, pioneer for racial equality, expert on sports issues, scholar, and author. Often described as “the racial conscience of sport,” Lapchick has spoken in the United States Congress, at the United Nations, in the European Parliament, and at the Vatican. He is president of the Institute for Sport and Social Justice at the University of Central Florida, and became the only person named as “One of the 100 Most Powerful People in Sport” to head up a sport management program.

A regular columnist for ESPN.com and The Sports Business Journal, Lapchick has been the recipient of numerous humanitarian awards including the Lifetime Achievement Award for Work in Civil Rights from the Rev. Jesse Jackson and the Rainbow/Push Coalition in 2009. He was inducted into the Sports Hall of Fame of the Commonwealth Nations in the category of Humanitarian along with Arthur Ashe and Nelson Mandela. Lapchick has won the Arthur Ashe Voice of Conscience Award, the Women’s Sports Foundation Presidents Award, and the Ralph Bunche International Peace Award.