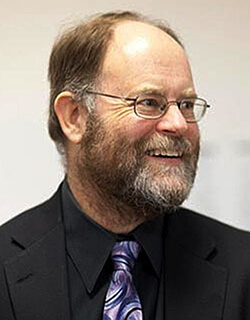 Uptown People’s Law Center is a not-for- profit community legal clinic located on the North Side of Chicago whose mission is to fight for the rights of tenants, the disabled, and prisoners in Illinois.

Mr. Mills has represented prisoners in segregation claiming they were denied meaningful access to the courts (Walters v. Edgar). While the trial court initially ruled in the prisoners’ favor, 18 years later the appellate court reversed and dismissed the entire case. He was also the lead attorney in the case challenging Illinois’ Tamms supermax prison, which lead to the closing of that prison. Currently, UPLC is lead counsel in nine class action cases alleging that Illinois prisons violate the constitutional rights of the people who are kept there. These include challenges to the mental health and medical care provided to prisoners, the state’s failure to accommodate the communication needs of deaf and hard of hearing prisoners, and the way that parole is granted and revoked.

Mr. Mills graduated from Northwestern University School of Law in 1981. Since 2005, he has served as an adjunct professor there, teaching a seminar on Prisons and Prisoners’ Rights. He has also taught a similar course as an adjunct professor at DePaul University College of Law for the last four years. For the last five years, he has also helped train attorneys appointed to represent prisoners in civil rights cases by the U.S. District Courts for the Northern and Southern Districts of Illinois.

This event is sponsored by the Notre Dame Chapter of the National Lawyers Guild. Co-sponsored by The Center for Civil and Human Rights.