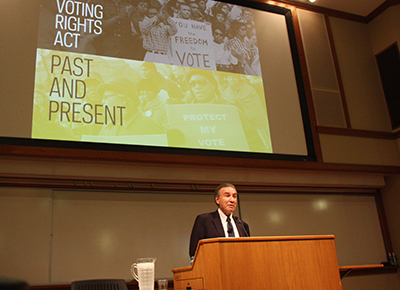 Over three decades Ralph Neas has compiled an extraordinary track record of collaborative and visionary leadership, coalition building, and bipartisan legislative accomplishment. As Executive Director of the nonpartisan Leadership Conference on Civil Rights (LCCR), the nation’s oldest and largest coalition, and then as President and CEO of the nonpartisan People For the American Way and People For the American Way Foundation, Neas has designed effective advocacy campaigns, including policy, communications, and grassroots organization. 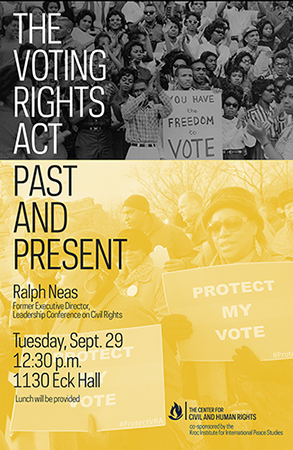 Neas addressed current challenges to the Voting Rights Act. Of particular concern to Neas are attacks on a consequence-based test for inequality in voting rights, rather than an intent-based test, a key concept written into the Act to protect minority voting populations.