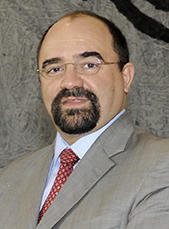 Emilio Álvarez Icaza, Executive Secretary of the Inter-American Commission on Human Rights, spoke at Notre Dame Law School. He discussed the mandate of this principal and autonomous organ of the Organization of American States in promoting and protecting human rights in the Americas. Secretary Icaza's presentation may be viewed below. 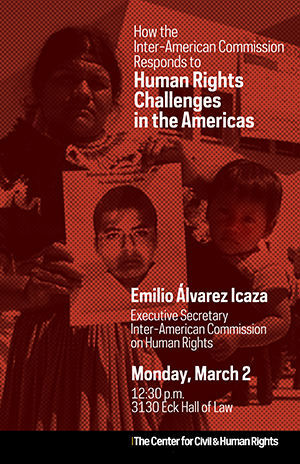 Secretary Álvarez Icaza, a Mexican national, has a Bachelor’s Degree in Sociology from the Universidad Nacional Autónoma de México (UNAM), as well as a Master’s Degree in Social Sciences from the Latin American School of Social Sciences (FLACSO) from that country. He was the Director General of the National Center for Social Communication (Cencos) and cofounder of Civic Alliance, both of them civil society organizations from Mexico. Secretary Icaza was President (Ombudsman) of the Commission of Human Rights of the Federal District of Mexico (CDHDF), a position he held for eight years.