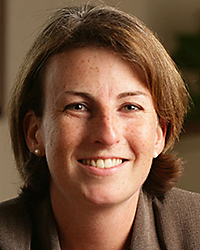 The St. Thomas More Society hosted Jennifer Mason McAward, Assistant Professor of Law at the University of Notre Dame, as she presented  a review of Catholic Social Teaching in relation to America’s history of slavery and racism.

The Catholic Church’s role in perpetuating the oppression of Africans and African-Americans in the United States is difficult to reconcile with Catholic Social Teaching, which Prof. McAward defined as “the body of church teaching regarding God’s special love for the poor and oppressed and the call to build relationship built on love and justice.” Though a few notable Catholic Americans, including our own Father Hesburgh, did work to rectify rampant injustice, institutional change did not begin to take hold in the Catholic Church until the mid 1960’s. According to Prof. McAward, Vatican II  conceptualized individual and structural discrimination as a sin, which led to a new understanding of Catholic teachings about discrimination.

Prof. McAward concluded by saying, “The Church has come a long way, it had a long way to come, but at least in terms of its official teaching, the Church is grappling with not only individual racism, but structural racism and structural sin. And it all goes back to the principle that each person is created in the image of God and anything that treats another as less than that, particularly racism, will destroy our entire social fabric.”