“We are concerned about the development, implementation and protection of human rights in order to protect and enhance human dignity. This is indeed the goal of Catholic social teaching – the realization of dignity of the human person…” 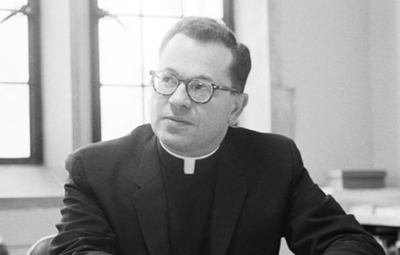 Bill Lewers was a lawyer with a social conscience, taking an active role in the civil rights movement in the South and the farm workers’ movement in California. Following his ordination and a period of teaching at Notre Dame Law School, Fr. Lewers was appointed Director of the Office of International Justice and Peace for the United States Catholic Conference, where he helped form responses to both the difficult political situations in Central America and apartheid in South Africa. He returned to Notre Dame in 1988 as the third director of the Center for Civil and Human Rights.

The time was auspicious for Lewers’ appointment. Inspired by conversations between Fr. Hesburgh and Richard Goldstone, a prominent South African jurist concerned with ending apartheid, the Center began a master’s program in international human rights law under Fr. Lewers' leadership. With this new educational tool, the Center began training human rights lawyers from around the globe and sending them back to their homes to promote justice. With the richness of Notre Dame’s resources, including the Kellogg Institute for International Studies and the Institute for International Peace Studies (later the Kroc Institute), these human rights advocates received the kind of interdisciplinary education and broad intellectual perspective they needed.

The first few students came primarily from South Africa, and the program expanded from there. Late in 1989, a generous grant from the Ford Foundation put the the LL.M. Program in International Human Rights Law program on firm footing. With the end of the Chilean dictatorship in 1990, and the establishment of that country's truth and reconciliation commission, Chilean human rights lawyers began seeking Notre Dame's educational opportunities as well. In 1991, Fr. Lewers felt confident in predicting that at least seven students from overseas would be enrolled; in 1995, he reported that students had been enrolled from Chile, Peru, Guatemala, China, South Africa, Belgium, Armenia, and Estonia. In 1993 a J.S.D. program was added, providing human rights lawyers whose goal is to teach an opportunity to earn a doctorate in the field.

An education from Notre Dame Law School was one part of the experience envisioned by Lewers, and practical experience was another. In 1995 the Center announced that two CCHR graduates – one from Uganda, another from South Africa – would serve as interns in the prosecutor’s office of the International Criminal Tribunal for the Former Yugoslavia. This post-graduate professional internship program would continue to grow, sending Center alumni and Notre Dame values across the globe. 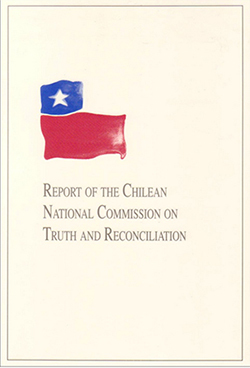 Under Lewers’ leadership the Center also continued to engage the struggle for justice through research and scholarship. He was instrumental in the Center’s 1993 publication of the English-language translation of the Report of the Chilean Commission on Truth and Reconciliation. This new translation made the Chilean report, one of the earliest of such documents, readily available to a much wider global audience. In 1996, a public conference hosted by the Center featured prosecutors from tribunals in both the former Yugoslavia and Rwanda, who assessed their efforts at justice and reconciliation and made recommendations for the workings of a permanent international criminal court, at that time being planned at the United Nations.

Fr. Lewers passed away in April 1997, nine years after assuming the leadership of the Center. In that time, the academic programs he began had turned Notre Dame’s center into a highly respected training ground for human rights advocates. Center graduates were serving professional internships in courts, tribunals, and non-governmental organizations around the world, and more significantly, working to bring justice to their own societies.

Next: A Notre Dame Legacy