“The U.S. government rightly makes human rights a centerpiece of its foreign policy, and spares no words when it comes to condemning abusive practices in other countries…Yet those postures would carry a lot more moral weight — and thus would be more effective — if they were coupled with a sincere and demonstrable commitment to making international human rights a domestic reality as well.” 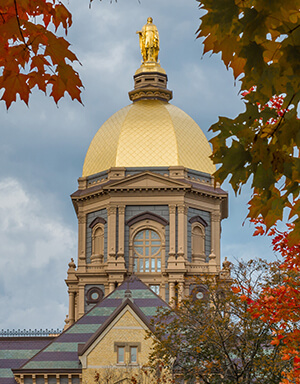 In February 1999, Juan Méndez was appointed the Center’s fourth director. Mendez, an Argentinian lawyer who had twice been imprisoned by the military during its 1976-83 dictatorship for his work in defending political prisoners, had been directing human rights organizations in the United States since 1982. His appointment to the Center affirmed Notre Dame’s commitment to maintaining a global presence.

During Méndez’s tenure the Center (by now known as CCHR) initiated projects to place interns at the International Tribunal for Rwanda, conduct research and advocacy on accountability for gross human rights violations worldwide, and expand the defense of economic, social, and cultural rights within the Inter-American human rights system. The LL.M. and J.S.D. programs continued to attract lawyers from across the globe, with a growing number of human and civil rights-oriented classes being added to the Law School curriculum.

The events of September 11, 2001 raised new concerns about the status of civil rights in the United States. Programming at CCHR in this period continued to reflect a global perspective while maintaining, as in the past, a concern for domestic civil rights. In October of 2001 CCHR sponsored a panel discussion entitled “After September 11: Civil Liberties, Human Rights and Legal Remedies,” while a major conference dealing with accountability in the treatment of inmates within the U.S. prison system extended the theme of domestic rights. Augmenting a robust speaker schedule that focused largely on international human rights issues – and coinciding with an ongoing transitional justice project funded by a grant from the MacArthur Foundation – these civil rights-oriented activities proved that CCHR’s mission remained true to its founders wishes.

In 2007, Douglass Cassel assumed the directorship of CCHR. Notre Dame Law School professor and acclaimed human rights lawyer on the world stage, Cassel continued CCHR’s tradition of active involvement in international human rights advocacy. Arguing before the Inter-American Court of Human Rights (along with Assistant Director Sean O’Brien, himself a CCHR LL.M. alumnus), Cassel and his Notre Dame team successfully convinced the Court to hold Peru’s ex-President Albert Fujimori responsible for multiple violations of human rights violations against his own people. Cassel’s programming also spoke to holding the powerful responsible for their actions. Visiting scholar Laura Olsen addressed the current debate over CIA torture practices, while a forum hosted by CCHR examined the Obama Administration’s record on human rights. Other events in which CCHR played a role focused on the relevance of labor unions in a contemporary workplace, and corporate responsibility for human rights.

"But when we ask how the idea of human rights became so prestigious and prominent, at least for the foreseeable future, we will always have to look back, and give that speech, and this university, a prominent place."

In September of 2011, historian Samuel Moyn addressed an audience at Notre Dame. He reflected upon the commencement address given by Jimmy Carter here in 1977, and the connection between Carter’s human rights agenda and the university that founded a civil and human rights center at its core.

Indeed, the consolidation of CCHR’s reputation as a premiere research and education center had continued from that time into the 2000’s, with enriched programming, larger classes of human rights lawyers, and a diverse range of talents in the leadership role.

By 2012 heightened interest in a multidisciplinary approach to human rights issues was reflected in the appointment first of Notre Dame Law School professor Paolo Carozza, a former member of the Inter-American Commission on Human Rights with a deep interest in human development issues, and then of Daniel Philpott, a political scientist and CCHR’s first director to emerge from outside the legal discipline.

Major initiatives in the period included a long-term process to investigate challenges facing the Inter-American human rights system and a multi-year research project to study the response of Christian communities around the globe to infringement of their religious freedom. By the second decade of the 21st century, LL.M. graduates of CCHR occupied top positions at international courts, tribunals, and non-governmental organizations, an alumni base of over 360 human rights lawyers educated at Notre Dame. 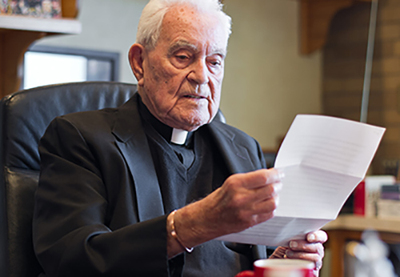 Rev. Theodore Hesburgh’s passing marked a time to reflect upon not only his impact, but also that of the Center he had founded 40 years before. His profound legacy, expressed clearly in his Center for Civil and Human Rights, does indeed speak to "the oneness of humanity" and renewed hope for moral leadership.

In October of 2014 Notre Dame announced the creation of its first new school or college in nearly a century, the Keough School of Global Affairs, dedicated to conducting research and education on the critical issues of international development, peace, human rights and governance. Along with various institutes on campus with an international focus, CCHR became a constituent member of this new school, offering its expertise in justice and human dignity to help address the challenges of an increasingly interconnected world. As the Center extended its reach to other parts of the university, the human rights LL.M. program remained a joint program with the Law School, its curricular and operational home.

"We have to offer leadership because it's not just something we profess as a casual thing, it's our faith....We do believe deeply in these matters and they're a matter of our total profession of faith in the dignity of human beings."

The Klau Institute for Civil and Human Rights

Early in 2015 Jennifer Mason McAward, a Notre Dame Law School professor specializing in civil rights, assumed the leadership of CCHR, bringing Fr. Hesburgh’s center full circle in its focus on defending rights on both the domestic and international stages. In 2018 the University of Notre Dame received a generous gift from the Klau family to endow the CCHR and assure its future growth, and in 2022 it became the Klau Institute for Civil and Human Rights.