The Center for Civil and Human Rights is proud to announce its Rita Bahr Scholars for 2013-14. The recipients, all international students, are human rights lawyers enrolled in the Center’s LL.M. Program in International Human Rights.

Mr. Joseph Cari endowed the Rita Bahr Memorial Fund in 2001, with additional donations, to encourage advanced studies in international human rights law. The fund provides opportunities to students outside of the United States who wish to study at the Center by assisting with tuition and living expenses. 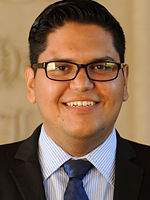 Mr. Aleman Izaguirre earned his law degree in 2010 from the Iberoamerican University in Torreón, México. He worked for the Human Rights Program at Iberoamerican, where he led several conferences and research projects on the Inter-American System for the Protection of Human Rights. From 2010 to 2013, Mr. Aleman worked for the Mexican Federal Government in the Ministry of the Interior, where he collaborated on Mexico’s compliance with judgments of the Inter-American Court of Human Rights and the implementation of cautionary and provisional measures from the Inter-American System. He also worked in the Ministry of the Interior’s Program for the protection of human rights defenders and journalists at risk. 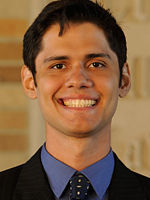 Mr. da Costa earned his B.A. degree from the Universidade Potiguar Laureate International Universities in 2010. During his undergraduate studies, Mr. da Costa coordinated a large student group (Simulação de Organizações Internacionais – SOI) which was dedicated to investigating international law topics and to organizing a model United Nations program. During law school, he interned at the Office of the Public Defender and at the Inter-American Commission on Human Rights. After graduation, he was selected to be a visiting professional at the Inter-American Court of Human Rights. Since 2012, Mr. da Costa has been working at the Bar Association – Commission on Disability Rights Group and serving as a Volunteer for the International Justice Resource Center. 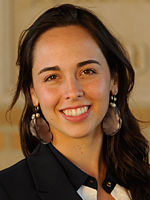 Ms. Guadarrama obtained her law degree from Anahuac University in 2012. She has worked for the State of Querétaro’s Human Rights Commission on educational projects and also as a human rights attorney. As an intern for the Permanent Observer Mission of the Holy See to the United Nations, Ms. Guadarrama participated as a delegate to the UN General Assembly. She became an active member of the World Youth Alliance in 2006 and cofounded a local chapter in her city. She has participated in several international summits at the United Nations. In addition to her legal studies, Ms. Guadarrama completed the Phoenix Institute’s summer seminars on Western Studies at Notre Dame and in Austria and the Witherspoon Institute’s summer program on Moral Foundations of Law at Princeton University. She has been a Blackstone Legal Fellow since 2011. Ms. Guadarrama is the recipient of a Fulbright-García Robles scholarship.