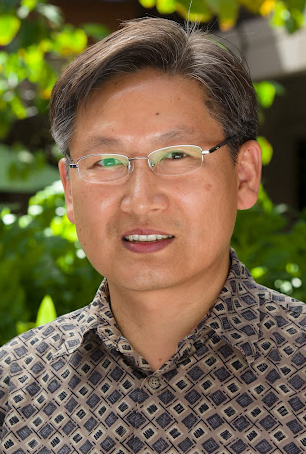 Tae-Ung Baik, LL.M. 2000, J.S.D. 2009, has been appointed to a United Nations Human Rights Council working group focused on politically-motivated disappearances around the globe.
Baik, a native of South Korea, will work in concert with the four other members of the Working Group on Enforced or Involuntary Disappearances, each representing their respective regions. The UN group has a mandate to assist families in search of  those who have disappeared, act as a liaison between government and private actors, and help determine the fate of those reported as missing. Baik will advise the working group on human rights issues specific to the Asia-Pacific region.
Associate professor of law at the William S. Richardson School of Law at the University of Hawaii at Mānoa, Baik has experienced first-hand human rights violations as a political prisoner in his home country. He received a strong recommendation to the position by Joachim Rucker, president of the Human Rights Council. “I welcome his strong victims-centered approach to the mandate,” Rucker said, “drawing on his academic expertise as well as on his own personal experience.”
Baik becomes the second CCHR alumnus on the UN working group, joining Bernard Duhaime, LL.M. 2001 and professor of law at the University of Quebec at Montreal, who was appointed to the group in 2014. Sean O’Brien, Assistant Director of CCHR and director of its academic programs, acknowledges the distinctive contribution the Notre Dame graduate will make to this important group. “Tae-Ung is a wise and generous human rights advocate; he has inspired many Notre Dame lawyers with what Fr. Hesburgh referred to as a 'hunger for justice.' We are proud to be associated with the impact that he will continue to make on behalf of the families of the disappeared."