This story was originally published in the South Bend Tribune on Monday, February 13, 2017, and was wriiten by Lincoln Wright. 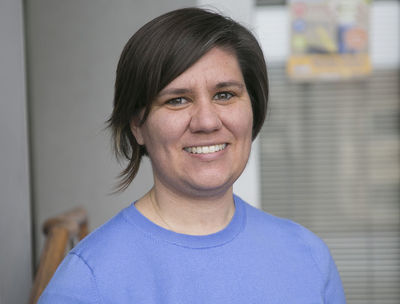 Because of an aging baby boomer generation, Indiana is seeing a swift increase in the number of elder abuse and exploitation cases throughout the state.

Specifically, exploitation is increasing the most, said Michael Patterson, the state director for Adult Protective Services. Since 2013, the number of exploitation cases has increased 10 to 15 percent each year.

With the baby boomer generation's aging into the senior category expected to peak in 2030, Patterson said, unfortunately the cases of abuse and exploitation will likely increase in the coming years. Offices like Adult Protective Services and Area Agencies on Aging provide the assistance they can, but there has been a lack of resources for legal services for victims.

But now, thanks to a new program from Indiana Legal Services, elders and endangered adults have more resources if they fall victim to these crimes. The Legal Assistance for Victimized Adults project was established at the beginning of the year with a grant from the Indiana Criminal Justice Institute.

LAVA provides legal representation to seniors and endangered adults who have suffered abuse, neglect or exploitation. Among many of the services, the program can provide legal representation, file civil actions on behalf of a victim, file protective orders and fight to recoup financial loss from scams or from the exploitation by a guardian or someone with power of attorney.

An endangered adult is defined as a victim at least 18 years old that has some physical or mental incapacity, and a senior is anyone 60 or older. There are income guidelines to qualify for services, but for those who are eligible, LAVA is completely free.

The program was created because there was an obvious need, said Jessica Brock, the South Bend-base Indiana Legal Services attorney dedicated to LAVA. Brock couldn't say why there hasn't been a specialized program like LAVA in the state until now, but with the separate focus she hopes knowing help is available will make more people willing to come forward.

Only about one out of every 25 cases of elder abuse or exploitation is reported, Brock said, and LAVA hopes to change that. The most common cases, both Brock and Patterson said, is financial exploitation and financial scams.

Those types of cases often have victims least likely to come forward, Brock said. Scam victims are often embarrassed and don't tell friends or family. Also, the person exploiting the victim may be a close friend or family member, maybe even one the victim depends on.

"They are reticent to risk losing their support network in order to defend their rights," she said. "That's what makes it difficult for people to come forward."

Although the program is only about a month old and there are issues with incidents being reported, cases are already coming in, said Brock, who had seven cases waiting for her on her desk on her first day. Justin Staublin, director of the St. Joseph County Adult Protective Services, said he expects Brock to get even more cases.

"Unfortunately she will be very busy," Staublin said.

St. Joseph County Adult Protective Services investigates 1,200 to 1,400 cases a year, and Brock alone oversees an area with five APS offices. Because the project is new, there are only two attorneys and one paralegal working for the entire state. Brock is in charge of the northern half of Indiana, while her coworkers are in Indianapolis.

Though not all cases APS investigates will require the help of LAVA, when Staublin first met with Brock to learn about the program, he said, he quickly thought of dozens of cases that could benefit from the service.

There are gaps in what services APS and the prosecutors can provide for victims, Staublin said. They can stop the abuse or exploitation, but they can't represent a victim or file a lawsuit to recoup losses.

Because LAVA is still new, Brock said, the focus has been making the public aware of the program. Because Brock can't approach victims about seeking help, LAVA relies on family and friends as well as social and healthcare workers, and agencies like APS.

"We are relying on those points of first contact to talk to victims and say 'this isn't right and you have resources available to help you defend your rights," Brock said.

Through its grant, LAVA has funding for two years. Brock said she hopes they can demonstrate the benefit of their work. She hopes to not only have their funding renewed, but increase the program's reach with additional staff.

"It's a need now," Brock said of LAVA, "and it's only going to increase as long as people are taking advantage of seniors."