Director, Center for the Study of Inequality
Institute for Social and Policy Studies, Yale University

In 2015, Americans learned that public authorities in Ferguson, Missouri had imposed a “predatory system of government” on poor black citizens.Ferguson residents were targeted, arrested, and summonsed on civil-ordinance violations, assessed prohibitive fines and fees, and subjected to jail if they failed to pay. Monetary penalties served as the gateway for an elaborate and lucrative poverty trap for citizens, who became mired cycles of perpetual debt and payment and mounting entanglements with police and courts. 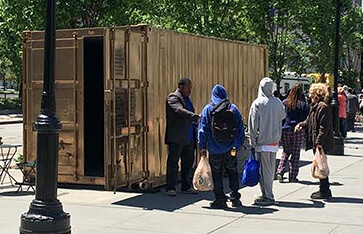 How do Americans narrate their interactions with police authority? How do they relate these experiences to ideals of American dream, democratic inclusion, community wellbeing? How do people seek autonomy from police intrusion? How do they counter the daily portrayals of their neighborhoods and confront the daily practices that encompass state action there? How do they seek to preserve a positive identity and regain dignity? How has Ferguson shaped the collective memories and politics of a generation?

This talk explores these questions using a new technology, Portals, to initiate conversations about policing and incarceration in communities felled by police violence – communities like Freddie Gray’s, Michael Brown’s, and Eric Garner’s. By creating a “wormhole” through space, a bridge to places unseen and unheard, and, crucially, by making access to these wormholes easy and free, Portals transforms the capacity of disparate people and communities to define their narratives, enhance political activism, create connected political spaces, and expand the possibility of studying politics in beneficially recursive ways.

Dr. Weaver's talk can be viewed below. 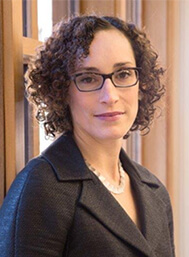 Vesla Weaver joined the faculty at Yale in 2012 and is currently an Associate Professor of Political Science and African American Studies and the Director of the ISPS Center for the Study of Inequality. She received her PhD in Government and Social Policy from the Multidisciplinary Program in Inequality at Harvard University. Her research aims to better understand the causes and consequences of racial inequality in the United States, how state policies and institutions shape political life and identity, and broad changes in the racial order. Her recent work is concerned with the effects of increasing punishment and surveillance in America on democratic inclusion, particularly for black citizens. She serves on the Harvard/NIJ Executive Session on Community Corrections, the Center for Community Change’s Good Jobs for All initiative, the Yale Faculty Senate, the APSA Presidential Taskforce on Racial Inequality in the Americas.