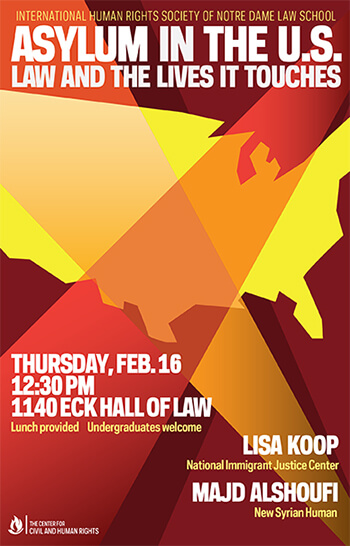 Presented by the International Human Rights Society and co-sponsored by The Center for Civil and Human Rights.

Majd Alshoufi is a Syrian human rights activist and community-based trauma therapy expert with over 8 years of experience working in international development. Majd was a prominent activist in the Syrian nonviolent resistance movement of 2011. He was arrested, tortured, and exiled in 2012 and continues his efforts of nonviolent resistance and peacebuilding today from his exile in the US. In addition to founding New Syrian Human in 2014, he was the founder of the Psychosocial Support department at the Syrian Red Crescent in 2009. Majd is currently pursuing a Master's degree in international peacebuilding at Notre Dame.