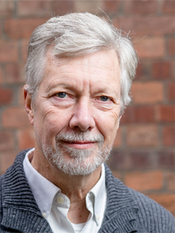 Kevin Bales, Co-Founder of Free the Slaves, explores the little known but extensive relationship between slavery, environmental destruction, and climate change, and how these feed into global supply chains. Drawing upon his on-the-ground work in Eastern Congo, Ghana, Bangladesh, and Brazil, Prof. Bales argues that slavery is a major contributor to global warming, and that addressing slavery can be a critical step in slowing climate change and preventing species loss. 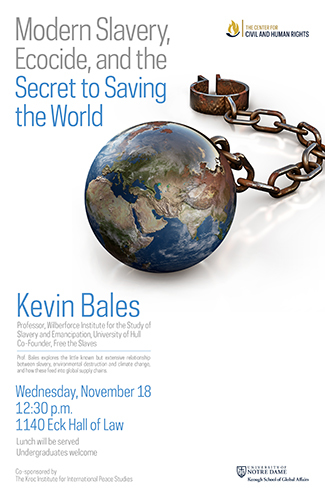 Prof. Bales is the Richard and Ann Pozen Visiting Professor in Human Rights at the University of Chicago, and Professor of Contemporary Slavery at the Wilberforce Institute for the Study of Slavery and Emancipation, University of Hull. His book Disposable People: New Slavery in the Global Economy was named one of “100 World-Changing Discoveries” by the Association of British Universities. Bales has advised the US, British, Irish, Norwegian, and Nepali governments on trafficking and slavery policy.

Co-sponsored by the Kroc Institute for International Peace Studies.