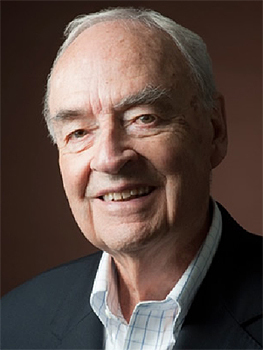 As the 50th anniversary celebration of the Hesburgh Library nears an end (on May 7th) , please join us for the final installment of the 2013-2014 Hesburgh Libraries Lecture Series entitled Father Hesburgh and Human Rights: His Legacy and our Bridge to the Future presented by Harris Wofford.

Among a long list of distinguished former titles, Mr. Wofford served as a U.S. Senator from Pennsylvania, Counsel to Rev. Theodore Hesburgh on the first U.S. Commission on Civil Rights, and Associate Professor in the University of Notre Dame Law School - where he was instrumental in helping Fr. Hesburgh establish The Center for Civil Rights (later The Center for Civil and Human Rights). He played significant roles in several presidencies, including the Eisenhower, Kennedy, and Clinton administrations. Wofford serves now as the senior advisor to the Franklin Project of the Aspen Institute, launching a new effort to enable all young Americans coming of age to do a year of full-time service. In 2013, he received a Presidential Citizens Medal from President Obama. Wofford has law degrees from both Howard University Law School and Yale Law School. He is author of several books, including Of Kennedys and Kings: Making Sense of the Sixties.