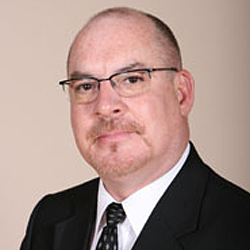 A senior member of the Department of Justice, Law & Society, Mr. Cencich is a legal scientist and career law-enforcement professional whose numerous areas of specialization include international crime and security. As a senior United Nations war crimes investigator headquartered at The Hague, he served with the International Criminal Tribunal for the Former Yugoslavia from 1998-2002 and led the investigation of Slobodan Milosevic, one of the largest international criminal investigations undertaken in history.

Mr. Cencich's presentation covered many of the details that go behind the scenes of investigations of atrocity crimes. He focused his discussion on the need for a sound prosecution theory upon which a dynamic investigations plan is built. The roles and relationships involving the senior trial attorney, the senior investigative officer (team leader), investigators, and legal advisors are critical to successful investigative outcome were also discussed in detail.