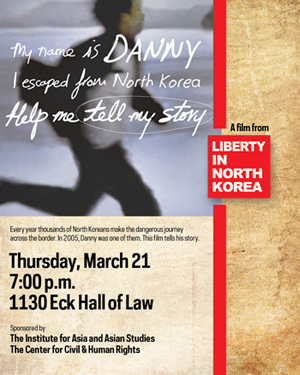 CCHR and the Institute for Asia and Asian Studies hosted screening of “Danny from North Korea,” a documentary that tells the story of a young man who escaped from North Korea in 2005. Discussion following the film was led by CCHR LL.M. student and South Korean lawyer and journalist Monica Miyoung Kim.

Presented with the support of Liberty in North Korea.