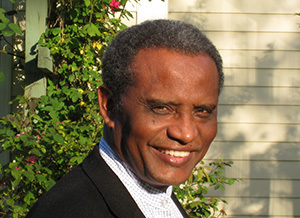 Prof. Abdullahi Ahmed An-Na’im, Emory Law School, will examine the historical nature and role of the Qur’an as the primary source of the normative system of Islam, in contrast to post-colonial emphasis on its role as the main “source” of “Islamic law”. Locating this analysis within his broader argument in favor of a secular state from an Islamic perspective, and against the enactment of Sharia as positive law of the state, Prof. An-Na’im views this recent development as undermining the religious and spiritual role of the Qur’an and inhibiting the necessarily dynamic nature of law.

The Qur’an Seminar is sponsored by the College of Arts and Letters’ Institute for Scholarship in the Liberal Arts, the Notre Dame Law School’s Program on Church, State, and Society, The Center for Civil and Human Rights, and the Mellon Foundation’s Sawyer Seminars.