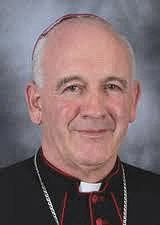 Colombia has suffered from one of the world’s longest-running conflicts. From facilitating negotiations between armed groups to promoting a climate of reconciliation, the scope and depth of the Catholic Church’s role in peacebuilding there is unmatched around the world.

Colombian Archbishop Luis Augusto Castro of Tunja played a key role in mediations with the FARC, Colombia’s oldest and largest guerilla group, for the release of soldiers that had been kidnapped in 1996. As president of the Colombian episcopal conference, he has become one of the most important mediators between the government and the FARC, working principally in support of humanitarian exchanges. He is the co-author of a book about the role of the Church in building peace from a foundation of reconciliation as well as numerous articles about living faithfully in the midst of war.