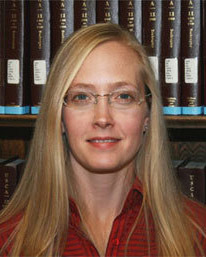 Lecture by Visiting Scholar Laura Olson. Are the military commissions on trial as much as the men accused of horrific crimes? In 2006, the Supreme Court invalidated the first Guantanamo military commissions by, inter alia, finding them illegal under both military justice law and the Geneva Convention. If, after reviewing the charges and evidence, the Convening Authority refers the case for trial, Khalid Sheikh Mohammad will be tried by the new military commissions established by the Military Commissions Act of 2006. Do the present military commissions meet the fair trial provisions required by International Humanitarian Law (the law of armed conflict)?