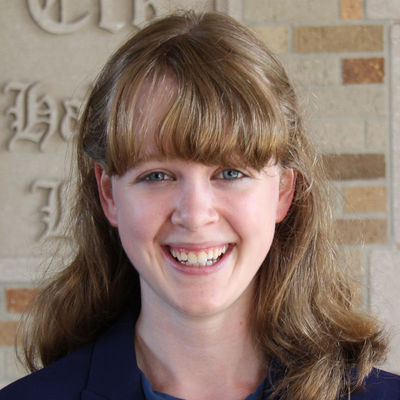 Ruth Cormican obtained her LL.B. from the National University of Ireland, Galway, in 2016, and holds a B.A. in Legal Studies and French from the same university. She interned with the Emergency Risk Management and Humanitarian Response Department at the World Health Organization and with the New England Innocence Project and Prisoners’ Legal Services of Massachusetts. She has also worked with Community Law and Mediation in Dublin, a public interest law center focused on providing free legal advice and legal representation to the local community. Ms. Cormican is the recipient of a scholarship from the prestigious 2016-2017 Fulbright Foreign Student Program.

“Part of the work of any human rights lawyer must be advocacy, to generate the sorts of social movements that allow radical reform to happen."

I have been interested in human rights law from a young age, I think originally as a result of parental and religious influences. As I grew older I learned more about the history of human rights abuse in my own country, including the Troubles and the Magdalene Laundries. I also became increasingly aware of the scale of injustice on the global level, and of exactly how fortunate I had been. With that awareness came a sense of obligation to devote my own career to the promotion of justice and protection of the most marginalized. Around that time I started doing voluntary work with some local NGOs, and I have continued my involvement in human rights ever since, in any way I could.

The first person who inspired me to want to work in human rights was Mary Robinson, who worked as a human rights lawyer in Ireland before being elected as our first female President. She went on to become High Commissioner for Human Rights, and has continued to work on issues such as women’s rights and climate change since then. I have also drawn inspiration from the huge progress that has taken place in my home country over the last few decades, and from the work of my professors back in Galway.

I am particularly determined to work in the area of transitional justice and post-conflict reconstruction, helping societies to make the transition to peace and stability successfully. I also hope to work in the area of business and human rights, and develop ways in which the world’s most powerful corporations can be brought within a human rights framework. Finally, I think issues of climate change and environmental degradation are among the biggest threats to human rights in the modern world; these problems will only worsen unless something is done to tackle them immediately.

I think the single biggest obstacle to human rights work is indifference and disillusionment, both from governments and the general public. Many people, at least in my own country, feel no personal connection with the worst contemporary human rights abuses. They see news stories about the war in Syria, IS, the refugee crisis, climate change, etc., and come to the conclusion that the problems are too vast for anything they do to matter. But making real progress on human rights issues requires buy-in from both governments and citizens. Part of the work of any human rights lawyer must be advocacy, to generate the sorts of social movements that allow radical reform to happen.

I decided to study human rights at Notre Dame because I was attracted to the philosophy of the law school, and its emphasis on the role of law as an instrument of social change. The international reputation of the CCHR and its professors was also a major factor. I felt the LL.M. program here was particularly well suited to my needs, due to its focus on developing the practical skills necessary to become an effective human rights lawyer, and its success in bringing together students of diverse backgrounds from all parts of the world. The syllabus also encompasses many subjects that are of particular interest to me personally. So far the experience has more than lived up to my expectations. I have been particularly impressed by how welcoming and accessible everyone at the law school has been. My professors, besides being experts in their fields, have all shown a real willingness to engage with students and to help us in any way they can. I have also had the opportunity to learn from my fellow students, many of whom have already had impressive careers in human rights law.

This program will provide me with a comprehensive, in-depth grounding in contemporary human rights law, and a more advanced knowledge of the particular issues that interest me most. I will be able to benefit from the expertise of my professors, and to deepen my understanding of human rights by learning about the experiences of my fellow students in their home countries. This cross-cultural experience will be particularly useful to me, as I hope to pursue a career in international institutions and diplomacy. I will not only be learning the theory of human rights law, but also developing the skills essential to promoting those rights in practice. I see this LL.M. as the starting point for the rest of my career as a human rights lawyer.