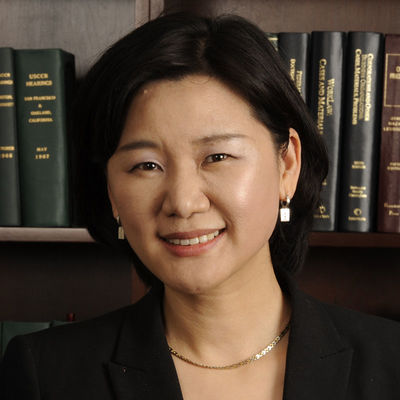 “Notre Dame was the very school that taught me what diversity means and how to make peace in such diversity. “Love one another” might be the solution.”

I was a student of modern Korean literature when the tragic situation in North Korea drew my attention for the first time. I was shocked at reports that North Koreans were forced to eat human flesh due to severe hunger, a hunger caused by both natural disaster and the ignorance of the regime concerning peoples' basic needs. I saw this as a failure of human mentality, and thought that the solution to such a problem is more important than research in the academic arena. This recognition led me from academia to practice. Thus, over the last fifteen years, my life has been devoted to protecting and promoting human rights and freedom in North Korea.

I started my career as an NGO activist and journalist for North Korean human rights. From the beginning I found I had discovered a new story related to the complex political matrix on the Korean Peninsula, particularly important in understanding the North Korean regime. I found a contradiction, in that the movement for democracy in South Korea was transformed into propaganda supporting North Korean dictators. I focused on this question of why and how pro-democracy activism was converted into pro-dictatorship propaganda.

It occurred to me that we need universal norms that are equally applied to North Korean people in pain stricken situations - in particular, in gross violations of human rights. I thought that international human rights law with its reasonable and neutral approach would change such a situation by awakening people to the necessity of inalienable, fundamental human rights for North Koreans.

Specifically I have interests in international humanitarian law and international criminal law, perhaps because my legal career started with North Korean issues. There is a uniqueness in the North Korea situation that is not fully explained by the language of human rights. For instance, there have been several holocaust-like killings, including mass starvation, in the 1990s in North Korea to which the word “genocide” is not likely to be applied because human rights situations in North Korea pose different kinds of problems not covered by that term. Therefore, I think there is a need to develop a new legal framework to explain the mass slaughter committed in North Korea because of the idolization of certain leaders. Furthermore, the international community may continue to confront many other violations not covered by the ready-made norms of the international human rights field. I am concerned with how we effectively confront such events under international law.

The most difficult job is to collect credible evidence, since the North Korean regime has blocked access to fact finders and advocates. Even if the world senses intuitively that the most serious violations have occurred in North Korea, practical access - like on site visits or photography - is extremely limited by the government. Also, there is no civil society inside North Korea which holds the international community accountable for the resolution of problems. To raise one more unique obstacle, North Korea’s ruling elite displays a sort of religious characteristic not unlike a theocracy, which blocks a reasonable approach or intellectual debate, and frustrates any attempt to approach resolutions under universal human rights norms. Fortunately, last March the Human Rights Council of the UN established the Commission of Inquiry on DPRK (North Korea), which will be likely to open a new era in eliminating the current obstacles in confronting the North Korean deadlock.

Notre Dame is well known in South Korea for providing an outstanding program in the field of human rights, even though we cannot say it is public recognition. At least experts and professionals know how much Notre Dame has been devoted to human rights and peace issues. Before applying, I thought Notre Dame might give me new opportunities to upgrade my career and professional status. I think my choice was excellent! I experienced the Korean presidential election and nuclear crisis during the course of my study at Notre Dame. On the one hand these crises could have seriously hindered my concentration, but on the other hand I more fully understood that North Korean human rights are deeply rooted in security issues and the entire politic matrix of the Korean Peninsula, which brought me a more objective and comprehensive understanding of North Korean human rights. The death of Hugo Chavez, the Genocide trial in Guatemala, the issue on Kosovo independence, my participation in the UN Human Rights Council at Geneva - all of these things pressed upon me in the midst of study, and I believe the Notre Dame experience expanded my concerns to the truly global. My classmates were amazingly hard-working, devoted lawyers. I really appreciate them too for their affection and consideration. In sum, Notre Dame was the very school that taught me what diversity means and how to make peace in such diversity. “Love one another” might be the solution.

North Dame provided me with comprehensive and global perspectives for international human rights. Most of all, the new term “transitional justice” helped me get one set of problems resolved. I am reminded of a Jewish lawyer, Raphael Lemkin, whose work affected my decision to study law in the very beginning. He played an important role in forming the legal concept of genocide within international human rights law, and was the founding father of the Convention on the Prevention and Punishment of the Crime of Genocide.  By interpreting the Holocaust under the definition of genocide, Raphael Lemkin left his mark on history’s evaluation of human life, and contributed to preventing mass slaughter in the world. As I mentioned above, I think we need to form new conceptual terms with which to approach the unique situation in North Korea. In other words, I would like to play a similar role in the North Korean human rights struggle as Raphael Lemkin did in his own. In particular, our country is still separated, but is on the verge of being unified between the North and the South. I believe the legal approach facilitates securing peace and transitional justice in the area. Definitely North Korean issues will provide significant lessons and examples applicable to the global society. Eventually I really want to go to any place in need in the world.