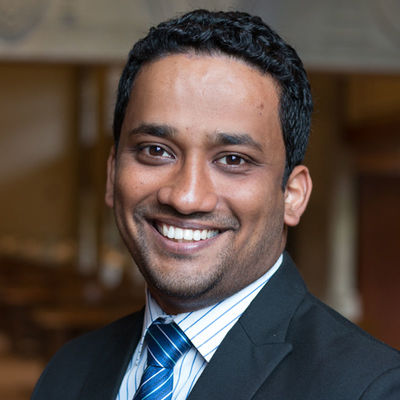 Luwie Ganeshathasan is a student in the LL.M. Program in International Human Rights Law. He received his LL.B. from the University of Colombo, and is an attorney at law and works as a researcher at the Centre for Policy Alternatives (CPA), Sri Lanka. Since January 2012, he has supported public interest litigation on issues of constitutional law, administrative law, and human rights law, filed and handled by CPA.  He has contributed to CPA’s efforts to raise awareness on issues relating to constitutional reform, electoral system reform, and legal reform by co-authoring several research papers, policy briefs and advocacy documents and by conducting training workshops for civil society activists across Sri Lanka. Since January 2013, Mr. Ganeshathasan has also worked as a Junior Counsel in the Chambers of Geoffrey Alagaratnam, President's Counsel, working mainly on issues relating to labor law.

“First and foremost it is necessary to understand and accept that there are no clear-cut answers, and to accept that certain societies might never truly make the transition from conflict to peace.”

What has inspired your interest in civil and human rights?

My undergraduate career coincided with the last stages of the civil war in Sri Lanka, a war which had gone on for 30 years. This was probably the most violent stage of the war, and while the frontlines were several hundred miles away a feeling of insecurity pervaded the country. As the end of the war approached the government cracked down on basic civil liberties across the country, and with little resistance. Journalists were being killed, citizens were being abducted in broad day light and there was very little room for, or tolerance for, dissent.

Against this backdrop the study of law at the University of Colombo, Sri Lanka was kind of an oasis for the exchange of ideas and discussions. The faculty placed an emphasis on human rights, and the academic ethos was one that encouraged exploring human rights-related issues. It gave us a space to discuss the situation in Sri Lanka, to help make sense of what was going on. There were people with a wide variety of opinions and viewpoints, and human rights was one of the most fertile grounds for debate and discussion. This was the context that got me interested in human rights and which shaped my initial perspectives.

From whom have you drawn inspiration?

In my professional career I’ve worked with victims of serious violations of human rights. Most of these individuals have been deprived of their rights to a level that I can’t even imagine. Yet they continue to fight, some in the face of intimidation, not to only get justice for themselves but to also ensure that what happens to them does not happen to anyone else. The depth of courage I’ve seen in them never ceases to amaze me.

Are there aspects of the field you feel most committed to?

What challenges do you think are the most difficult?

The main obstacle I would identify are the biases instilled in me by my training as a lawyer. This training compels one to look at a problem in a particular way, and this is often not helpful when dealing with complicated circumstances in post conflict societies. It can prevent one from understanding the full complexity of the circumstances, and fail to provide the analytical tools needed to process such circumstances.

What path forward do you see as most promising?

First and foremost it is necessary to understand and accept that there are no clear-cut answers, and to accept that certain societies might never truly make the transition from conflict to peace. Research on this area can be extremely frustrating because you feel that it is an exercise in futility unless you can come up with an answer.

After coming to terms with these realities, the most important question for me is the role constitutions and constitutional reform processes play in a society that is in transition. Are they a conduit which facilitates the transition, or are they an intermediary solution, which create the necessary circumstances that would allow a transition to take shape in the future?