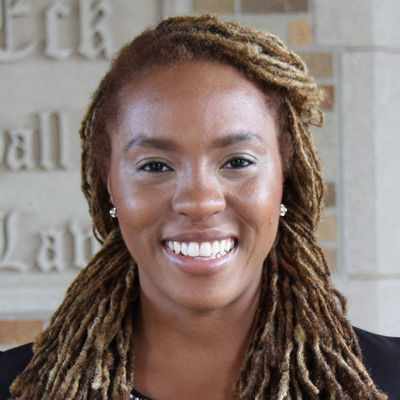 Jodi-Ann Quarrie received her LL.B. from the University of the West Indes, with honors in 2012, and her Legal Education Certificate in 2014 from Norman Manley Law School. In 2015, she was a Rómulo Gallegos Fellow at the Inter-American Commission on Human Rights and obtained an Advanced Certificate in Economic, Social and Cultural Rights from American University Washington College of Law. Ms. Quarrie worked as part of a committee to have language rights included in the Jamaican Constitution, assisted prisoners detained in Jamaica for over 30 years without conviction, and assisted the Caribbean Court of Justice in their first human rights decision. She has participated in several moot court competitions, including the Jessup. Ms. Quarrie is a member of the Barbados and Jamaica Bars.

“In throwing off the shackles of colonialism, my people are challenged therefore to consider if human rights are one of those things that must go along with it.”

When in my uniform, as a 13-year-old girl taking the bus home from school in Jamaica, I was harassed in public every single day by a man who made sexual and inappropriate comments to me. No one around him said a word. In Jamaica, that was normal. During a State of Emergency in 2007, my friends in my community were scraped into police and army vans and taken to unknown detention centres on the basis of being outside their homes, even though there was no curfew in place. Parents and family members spent days visiting various lockups and detention centres searching for their sons, fathers, brothers and uncles. Many lost their jobs as a result of not reporting to work for days on the suspicion that they must have done something wrong. To my knowledge, none of the men were ever charged. In 2010, mortar rounds were fired into Tivoli Gardens by Jamaican security forces on Jamaican citizens. Before the carnage began, persons who lived in the community were barricaded inside by other residents in a show of support for the “don” who was being hunted in order to be extradited. Those who were lucky enough to get out before were told they could never come back because they were disloyal. While the henchmen of the don were trapped in the community, women and children were the defenseless targets that paid the price of the military and police operation.

I wanted to do something that would help. So when I looked around and saw the people helping with issues I was interested in, I then realized I wanted to do what they did, human rights work.

Really amazing female advocates in the Caribbean like Dr. Brown, Nancy Anderson, and Margaret May Macaulay, who showed me that for a Jamaican woman this dream was not unrealistic; American jurists like Ruth Bader Ginsburg, who saw law as a tool to make life better; Christiane Amanpour, who made me think that journalism, and getting the word out about what was happening, was perhaps the best way I could help my region; my mother, who thought that I was slightly strange to want to watch and read the news every day but made sure to get me newspapers because she loved me; my father, who got me subscriptions to National Geographic World and National Geographic Magazine when I was 9 and I saw for myself just how fortunate I was; and my grandfather, who taught me that if you don’t have a heart for people, you don’t truly have a heart for God.

I am Caribbean and so the issues I am most determined to address are those dealing with the Caribbean. How to have human rights protections for Caribbean people, whether through the Inter-American Human Rights System, the Caribbean Court of Justice, or other bodies; advocating for reparations for the Maafa/Trans-Atlantic Slave Trade that continues to scar Caribbean society; rights for black women, men and children where the laws run counter to full independence; and highlighting that the protection of the environment is a human rights issue, especially for island states that are faced with rising oceans due to climate change.

Human rights are perceived to be holdovers from our colonial past. In throwing off the shackles of colonialism, my people are challenged therefore to consider if human rights are one of those things that must go along with it. And if not all the human rights, perhaps there are some that the Caribbean does not have to accept because those are specifically for rich, Western, interfering countries. It is a challenge to ensure that while human rights are respected, my people do not feel as though they are being forced to think, and operate in the ways of the former colonial powers.

I have seen the human rights lawyers that Notre Dame has produced. I have seen the work that they do and the advocacy they are part of. I wanted that. The experience so far has been amazing. There is a joy in meeting people all around the world who fight, in their own way, to make the world a little better tomorrow. It is humbling to see how different we are while facing similar challenges.

An LL.M. will help me to be more respected and heard by people who greatly value titles after names. But my Notre Dame education will then have them trust that I also come to the table with valuable experience and insights that only a high quality legal education focused on making human rights defenders effective can bring.