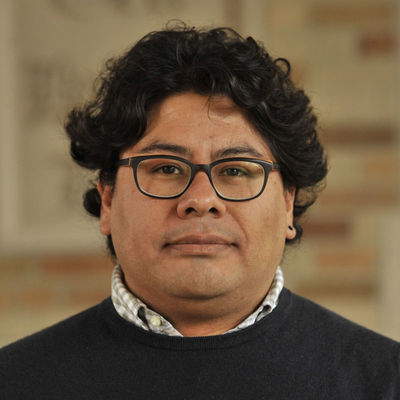 Mr. Sánchez earned his law degree from the National Autonomous University of México (UNAM) in 2005 and a certificate in human rights and democracy from the University of Chile in 2007. For eight years, he served as a lawyer and Executive Director of the Mexican Commission for the Defense and Promotion of Human Rights, one of Mexico’s premier human rights NGOs. In 2009 he founded “i(dh)eas”, an NGO focused on strategic human rights litigation, serving as Executive Director until March 2013. Mr. Sánchez received a Humphrey Fellowship from the U.S. Department of State and was hosted by American University Washington College of Law from August 2013 to June 2014. He is a frequent presenter, panelist and lecturer at conferences, workshops and seminars on human rights in México and abroad. Mr. Sánchez is a 2014-15 Rita Bahr Scholar.

“It is therefore necessary to create a democratic culture, where human rights are not only the core of the actions of a government but also the language of social coexistence.”

In 1994, while I was studying in high school, the Zapatista Army of National Liberation (EZLN), a guerrilla force, was formed in southern Mexico. This was evidence of the discrimination and poverty suffered by indigenous peoples, and the lack of justice available to them. Along with a group of students I formed a committee to publicize these events, in order to achieve greater awareness of, and raise voice against, the injustice. This initial involvement in human rights would not have been possible without a base – a base which was, and continues to be, my family.

I grew up hearing references to situations of inequality through culture, cinema, music and books. It was only later, while studying law, that I gained an academic approach to human rights. Thus in 2000 I began my career, now aware of serious violations against human rights in Mexico. Paradoxically, one of my cases was the forced disappearance, torture and extrajudicial killing of members of the EZLN. It seems I had not been wrong years before when I became interested in the topic.

Being a human rights activist, my inspiration is the victims. I have met, throughout my career, people who every day make a huge effort not to give up and keep fighting for another possible world - a world of truth, justice, equality and solidarity. This example of struggle makes me feel the same pain and courage. Another source of inspiration are my peers, who like me stand with the victims in this search for social change.

During my working years I have had the opportunity to work on social rights and civil and political rights. Through this work I have created structures that enable or foster the addressing of human rights violations and the adoption of public policies. I have also worked at a social level to create conditions that improve the situation of those in an unequal position. On the other hand, due to the gross violations of human rights occurring in Mexico, my interest today is on mechanisms to combat impunity and aid in transitional justice.

Socially, the biggest obstacle is the lack of empathy. It is very difficult to defend human rights when society does not raise its voice against the abuse of power and its injustices. It is therefore necessary to create a democratic culture, where human rights are not only the core of the actions of a government but also the language of social coexistence. In the institutional sphere, impunity and lack of political will is the greatest challenge a human rights defender faces. No doubt it will take time to break these obstacles, but neither do I doubt that it is possible.

I encountered the human rights program at the University of Notre Dame through my work. In 2002, as a lawyer for the Mexican Commission for the Defense and Promotion of Human Rights (CMDPDH), I coordinated along with and Sean O'Brien (then working at the Center for Justice and International Law) a workshop on economic, social and cultural rights, partnering with the Institute of Legal Research of the UNAM and the Center for Civil and Human Rights. With this professional association, I encountered the high standard of work being done at Notre Dame.

Additionally, over the years I have met many human rights activists, especially from the region, who have studied at the University of Notre Dame and shown a high level of education in the field.

The human rights program has been a reference point for me since I finished my law studies. Today, finally, I have the opportunity to be part of this great community. My experience has been extraordinary. The quality of teachers and multidisciplinary approach have had a huge impact on my academic and professional development.