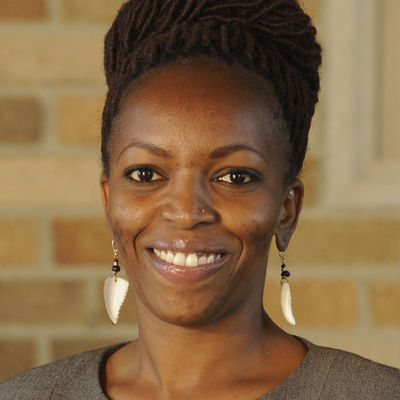 Ms. Wambui earned her law degree from University of Pretoria, South Africa. Between 2011 and 2012, Ms. Wambui worked at the Truth, Justice and Reconciliation Commission of Kenya with victims and victim groups who suffered human rights abuses. She has conducted research on transitional justice issues and gross violations of human rights in Kenya and, prior to joining the LL.M. Program, worked at the Kenya Human Rights Commission assisting in the implementation of projects on protection of internally displaced persons and land rights.

“I am inspired by such faceless members of marginalized communities, who challenge me to look for practical ways to translate human rights into practical realities driven by their needs - rather than my own preconceived ideas as a human rights activist.”

My interest in human rights was sparked by the clamour for multi-party democracy in Kenya over two decades, as Kenya tried to break away from a dictatorial regime system characterized by widespread human rights abuses.  As I followed the news about several young men and women who had died as they battled with riot officers who used excessive force, this stirred within me a desire to understand what I would later learn as the government's arbitrary use of power to silence those perceived as political dissidents. The lack of mechanisms to hold the state machinery accountable for such atrocities as people exercised their constitutional right of freedom of assembly and expression later informed my choice in studying law and later specializing in transitional justice in the field of human rights.

“Don’t tell me about my rights when I cannot feed my children today. Will my children eat these rights?” This thought-provoking question by a mother of two living in deplorable conditions was put to me during my  trip to a marginalized and battle-weary region in Northern Kenya while working conducting field  research with the Truth, Justice and Reconciliation Commission in Kenya. This fueled within me a desire to fuse the ideology of human rights with feasible solutions aimed at solving the socio-economic challenges faced by the majority of Kenyans and Africans at large. I am inspired by such faceless members of marginalized communities, who challenge me to look for practical ways to translate human rights into practical realities driven by their needs - rather than my own preconceived ideas as a human rights activist.

The human rights movement in Kenya which by and large mirrors the global human rights project which is mainly focused on civil and political rights. However, I feel there is a glaring disparity between promotion and protection of civil and political rights and the realization of socio-economic rights. As a human rights researcher, I seek to contribute towards the right to development as a way of rebuilding societies recovering from conflict as witnessed in Kenya during the 2007 post-election violence. Conducting research related to the right to development is a way in which I can lend my voice towards knowledge that seeks to address the unanswered question posed to me by a Kenyan citizen who represents a microcosm of Africa’s society in dire need of the realization of her right to development.

I am encouraged by Kenya’s recently initiated institutional reforms geared towards safeguarding human rights, such as the judicial reforms headed by a Chief Justice who was actively involved in the call for multiparty democracy. However, my country is still experiencing teething problems in ensuring accountability for gross violations of human rights.  I am alive to the frustrations we face as human rights defenders in Kenya, as we seek to ensure accountability for mass atrocities mainly hindered by the culture of impunity that has led to external interventions such as Kenya’s cases currently before the International Criminal Court. Although ineffective local accountability mechanisms are not an issue unique to Kenya, the robust human rights movement in Kenya is greatly slowed down by such inefficient mechanisms through which the promotion and protection of human rights can be realized.

I was in search of a school that not only offers scholarly development but also an education fashioned for international lawyers. The school curriculum is tailor-made for fledgling areas of human rights in the developing world such as transitional justice- an area in which I am gaining considerable technical skills through my studies at Notre Dame.

The intimate classroom setting encourages discussions on contemporary issue as they happen in real-time. So far, some of the issues that have formed part of our classroom discussions range from the recent terrorist attacks witnessed in Kenya to simulation exercises where we offer potential solutions to real-life human rights issues such as Syria’s ongoing crisis.

Also, Notre Dame ensures personal development through the daily understated acts of service towards others which characterizes the work of a human rights lawyer. These humbling acts of service range from the open-door policy of the faculty willing to assist us in our studies to the students opening doors for you with a palpable sense of courtesy which one cannot help emulating.

As a human rights defender with an interest in research, an LL.M. education from Notre Dame - one of the leading research institutions in human rights - and the technical skills I am gaining will assist me in contributing to the dearth of research on emerging issues such as the right to development in the African context. The intellectual rigour and multi-disciplinary approach of the program will help me become more critical and analytical in seeking effective ways of contributing towards redressing gross violations of human rights. An LL.M. education from Notre Dame will enable me to view my work as a vocation rather than as a career, further instilling in me a commitment to serve wherever I will be called upon to give of my newly acquired skills upon my return to Kenya as one of the school’s ambassadors.